This year’s Turkish Airlines Bowling tournament got underway on Friday night at the Leisureplex in Cork, with the Trailfinders team winning out in the fast lane. Other nights are being held this week in Dublin and Belfast. Now in its fifth year, the tournament was first held in 2012 to bring Turkish Airlines’ passenger agencies together, building relationships outside of the workplace and using the enjoyable competition of sports as a communication tool. 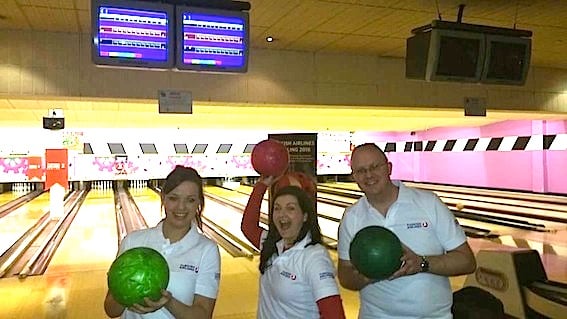 Agencies from all around the world are participating in this year’s tournament and it is expected that around 1,000 agencies and 3,000 players will enjoy the tournament, which is being adapted within the framework of professional league rules. Onur Gul of Turkish Airlines told ITTN: “The Cork event was good craic, there were a few beers, some food and, of course, serious attention paid to the bowling, with the Trailfinders team ending up the winners. It was a very enjoyable night and really good fun.”