Snow and Sun on Sierra Nevada in Andalucia

Snow and Sun on Sierra Nevada in Andalucia

The highest placed summer location in Andalucia is Sierra Nevada, that was the message to the trade at an highly informative and entertaining presentation held at the Instituto Cervantes in Dublin. The promotion was mounted by Cetursa Sierra Nevada, together with the Andalusian and Spanish Tourism Office, with the objective of bringing this destination to the international market. As the Managing Director of Cetursa, María José López, stated, it is a strategic plan to promote Sierra Nevada in the European capital cities that offer the largest potential demand for this product. 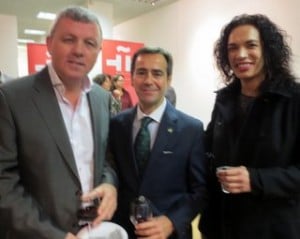 Many agents and media attended the event in order to learn about the ski and snow product and green tourism of Granada. It started with a brief general presentation of Andalusia, followed by another focused on Sierra Nevada. There was also a presentation about an agreement between this institution and Cetursa, by which the students will be able to get special tourist packages for skiing or snowing in this area of Granada. The event ended with a flamenco concert, performed by the great artist, Salvador Andrades.

Sierra Nevada is Europe’s southernmost ski resort, with the largest number of sunny days. It offers more than 100km of slopes, suitable for skiing, the latest facilities and one of the biggest snow parks in Europe. This triangle, completed by Granada and the Tropical Coast, represents a unique tourist destination, with great access from Ireland with Aer Lingus flights to Malaga from Cork and Dublin year round and summer services from Belfast and Shannon.