The European Commission has confirmed to the Department of Transport that both security deficiencies identified at Dublin Airport have now been resolved and that the Article 15 restrictions have been lifted.

The two deficiencies that gave rise to additional security procedures being imposed on flights departing from Dublin have been addressed to the satisfaction of the European Commission. 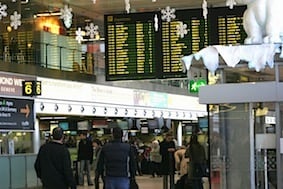 This development follows a further inspection by European Commission inspectors this week. As a result, the Commission has lifted the procedures that it had imposed on Dublin Airport.

Minister Leo Varadkar has welcomed the Commission’s decision and expressed his appreciation at how the Commission responded so quickly to the rectification measures that were put in place by the Dublin Airport Authority.