Ryanair Profits Up 25 Per Cent, Passengers Up 5 Per Cent

Ryanair Profits Up 25 Per Cent, Passengers Up 5 Per Cent

Ryanair has reported a 25% increase in full year profits to €503 million. Revenue increased 19% to €4,325 million as traffic grew 5% to 75.8 million passengers and average fares rose 16%. Unit costs rose by 13% due to a 30% increase in fuel costs and a 6% increase in sector length. A second special dividend of €0.34 per share (approximately €483 million) will be payable in November 2012 subject to AGM approval. 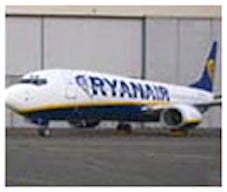 “We expect traffic in FY13 will grow by 5% to just over 79 million passengers. H1 traffic will grow 7% while H2 will grow by 3%. Our fuel bill will rise by €320 million in FY13 with most of this increase skewed into H1, and as a result we expect to report a Q1 profit fall due to these higher prices.

“We remain concerned about next winter as we have zero yield visibility but expect recession, austerity, currency concerns and lower fares at new and growing bases in Hungary, Poland, Provincial UK, and Spain will make it difficult to repeat this year’s record results. We expect that any increase in fares will only partially offset higher fuel costs, and accordingly we are guiding net profit in FY13 subject to final yield outturn will be lower than FY12 in a range of between €400 million to €440 million.”