Michael Cawley to Step Down at Ryanair and Join Board

Michael Cawley, Deputy Chief Executive and Chief Commercial Officer at Ryanair, is to step down from his full-time executive role at the end of March 2014 to pursue other business interests, including a number of non-executive board positions.

He will use the next 10 months to assist a smooth handover to his successor, who will be appointed over the coming months. 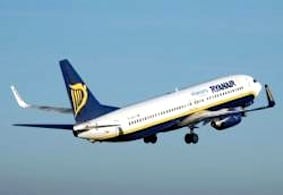 David Bonderman, Chairman of Ryanair, has invited Michael Cawley to join the Board as a Non-Executive Director and Michael has accepted this invitation. It is expected that he will join the Board of Ryanair on 1st May 2014.