Meadhbh is ITTN+EMIRATES Travel Photographer of the Year Meadhbh is ITTN+EMIRATES Travel Photographer of the Year

Meadhbh Byrne, Trailfinders, was declared the winner of the 2018 ITTN+EMIRATES Travel Photographer of the Year Award at Friday night’s Gala Dinner event. Meadhbh, whose winning photo, Under A Bridge In Venice, was taken in March 2018, was presented with tickets for two to any one of the 155 destinations on the Emirates worldwide network by Enda Corneille, Country Manager, Emirates, the competition’s sponsor. Enda Corneille, Country Manager, Emirates, commends the quantity and quality of entries in this year’s competition

The competition was held over five months, from June to October. The entries submitted in each month were judged by Anita Thomas, Sales Manager Ireland, Emirates; Neil Steedman, News & Features Editor, ITTN; and Michael Flood, Editor, ITTN. In addition, a sixth finalist was chosen from all the entries shortlisted by those judges by a separate panel of judges comprising Enda Corneille, Country Manager Ireland, Emirates; Paul Sherwood, professional photographer; and Michael Flood, Editor, ITTN. Each finalist received a trophy, a voucher for €200 and an invitation to the Gala Dinner from Emirates. The overall winner was chosen by the second panel of judges.

June Winner:  UNDER A BRIDGE IN VENICE by MEADHBH BYRNE, Trailfinders, taken in March 2018 in Venice, Italy, with an iPhone. Under A Bridge In Venice

July Winner:  TWILIGHT IN ANDRATX by CHANI ANDERSON, Trailfinders, taken in July 2018 in Andratx, Majorca, with a Nikon 7100. August Winner:  TOUCH THE RAINBOW! FEEL THE RAINBOW! by MAREK MASLOWIEC, Classic Resorts, taken in August 2018 in Amsterdam, The Netherlands, with a Sony DSC-HX400V. September Winner:  LIFE IN THE FAST LANE, HOI AN TOURISTS ARE A HARD SELL by LEAH PARMESHWAR, Travel Department, taken in September 2018 in Hoi An, Vietnam, with a Samsung S7 Edge. Life In The Fast Lane, Hoi An Tourists Are A Hard Sell!

October Winner:  THE RED BRIDGE by TIM CAREY, The Travel Boutique, taken in October 2018 in the Japanese Gardens, Co Kidare, with a Lumix fz1000. Photographer Paul Sherwood said of Meadhbh Byrne’s winning photo: “Under The Bridge In Venice was a lovely photo, taken from an unusual angle, and caught my eye immediately, with its great composition and lighting, plus some lovely touches, such as the hat on the seat, and the passing Gondolier in the background.

Under A Bridge In Venice

“The colourful buildings of Venice and passing tourist boat all add to the image, which is full and busy, and the arch of the bridge completes the scene beautifully. Well done to the photographer of this picture – one to be very proud of!” 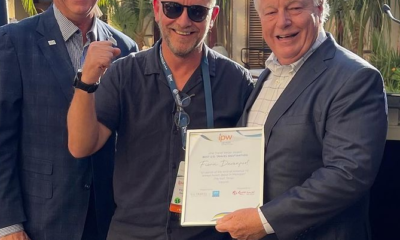 Congratulations to Our Editor in Chief 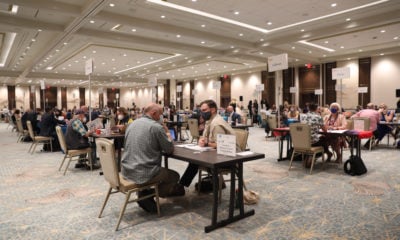 Report from IPW: Day One 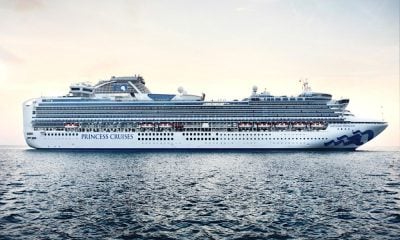 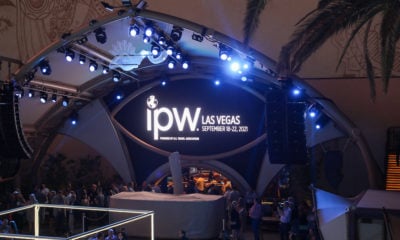