The Fairmont Palliser Hotel in Calgary, Canada, opened its doors on 1st June 1914 and part of its centenary celebrations is an amnesty programme to collect hotel memorabilia that were ‘borrowed’ by visitors over the past 100 years – including a bird-like gargoyle that ‘flew away’ from the hotel’s famous fireplace in the Rimrock Restaurant in 1997 or later. ‘Borrowed’ items returned to date include two large silver platers and several silver spoons. “We are creating a ‘history alley’ display on the boulevard level of the hotel and also pleading for information surrounding the whereabouts of the ornate detail from the top of the mantel,” said Dan McGowan, General Manager. “The missing gargoyle was one of a set of two, and we would love to have it returned.

“The gargoyle was last seen in a photograph taken in 1997. There are numerous rumours on how, when or why the gargoyle went missing, but we have no true evidence. We value any new fact to help us learn more about it.”

The hotel is also extending a special incentive to the public whereby any one person who seeks to return the missing gargoyle in one piece will be honoured with a weekend stay on the hotel’s exclusive Fairmont Gold Floor.

The Fairmont Palliser will also participate in Historic Calgary Week next week by hosting a centennial-themed tour and talk on 4th August, Alberta Heritage Day.

The Fairmont Palliser commissioned well-known historian Harry Sanders to complete the hotel’s history book to commemorate 100 years of the Castle by The Tracks. Book launch details will be announced this autumn. 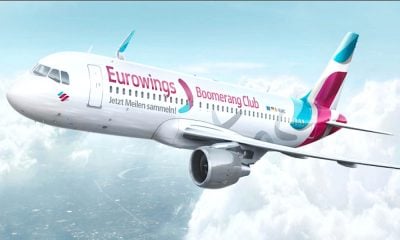 Eurowings to Open New Base in Prague