The Turkish Culture & Tourism Office is about to launch a major campaign with the theme ‘Expect More’ that will emphasise that there is so much more to discover in Turkey than sun, sea and sand. Meanwhile, Turkish Airlines plans to add 40 new destinations this year. Evin Mete of the TCTO showed attendees at a function in La Stampa, Dublin, last night a wide range of stunning outdoor poster visuals that highlight Turkey’s vast cultural and heritage history, landscapes, food and wine, and wide range of activities – including skiing! “Turkey has two of the Seven Wonders of the Ancient World – the Temple of Artemis at Ephesus and the Mausoleum of Mausolus at Halicarnassus,” she said, “along with 11 UNESCO World Heritage Site and more than 300 historical sites.” Turkey’s Ambassador Designate, HE Neci Egüz, said that Turkey welcomed 31.8 million foreign visitors last year, of which some 130,000 were Irish.

Murat Balandi, Managing Director Ireland for Turkish Airlines, revealed that the airline, which already serves some 220 destinations worldwide, is planning to fly to 40 new destinations in 2013 – having added 34 last year! Murat Balandi picks the winning business card for the prize draw for two Business Class seats to Antalya via Istanbul, a two-night stopover in a 5-star hotel (courtesy of Intra), three nights in Antalya at Gloria Hotels, and two rounds of golf, courtesy of Millennium Golf and Gloria Golf Onur Gul of Turkish Airlines with Tatiana Soukhanova from Skytours 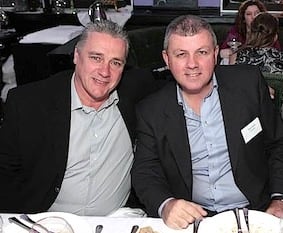