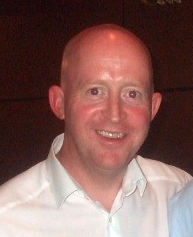 Simon Ferguson, Regional Director UK & Ireland, Travelport, told Irish Travel Trade News: “It is with regret that I have to announce that Dave Walsh, Country Manager for Travelport in Ireland, will be leaving us. Dave has been offered an exciting role as Country Manager for Etihad Airways in Ireland, and while we will be sorry to see him go, we wish him well in what looks like a great opportunity.

“Dave has done a good job in growing Travelport’s position in Ireland, and has built a strong and successful team underneath him. Therefore I am confident that, despite being sorry to see him go, we will not lose any momentum in the market. Dave will be helping me recruit a successor, and will remain with us for up to six months, depending on the timing of a new appointment.

“These are exciting times for Travelport with the roll-out of Universal Desktop, Smartpoint, uAPI and a dynamic new hotels and hospitality focus. There are particular initiatives that we will be targeting at Ireland.”

Etihad Airways employs more than 90 Irish staff at Dublin Airport, its Dublin line maintenance operation and across its global network – and is aiming to more than double those numbers. The airline held recruitment drives in Cork and Belfast earlier this month.