Emirates has been voted the World’s Best Airline by customers at the Skytrax World Airline Awards held at Farnborough Airshow on 12th July 2016. This is the fourth time Emirates has won this top prize in the awards’ history. The airline also retained its stranglehold on the World’s Best Inflight Entertainment category – for the 12th year in a row!

In addition to these top awards, Emirates improved its position across a range of awards categories performing well in First, Business and Economy Class survey sections and achieving a top-10 finish (10) in the World’s Best Cabin Staff category. 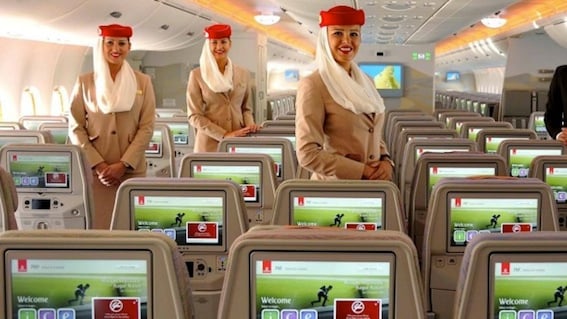 Sir Tim Clark, President, Emirates, said: “We are honoured to be recognised by the prestigious Skytrax awards. Emirates has always put our customers at the heart of what we do, and we work hard to deliver the very best experience possible to our customers at every touchpoint, every day, all around the world. We constantly invest in our product and services, both on the ground and in the air. We listen carefully our customers, and then relentlessly challenge ourselves to deliver and exceed expectations. The fact that these awards are based on the direct feedback from passengers is gratifying and wonderful recognition for all of the hard work that has gone into creating the Emirates experience.”

Lufthansa was again successful being named as the Best Transatlantic Airline for the fifth time and also winning the Best Airline in Western Europe award. Dr Reinhold Huber, Lufthansa Vice President Passenger Experience Design, said: “We are happy and honoured to be awarded Best Airline in Western Europe and Best Transatlantic Airline by over 18 million passengers for the fourth time in a row. This underlines our efforts to create the perfect experience for every passenger on every journey on a Lufthansa flight.”

Thai Airways was named as the World’s Most Improved Airline. The airline’s premium Lounge Spa facility in Bangkok was also honoured with an award for Best Airline Lounge Spa Facility. Charamporn Jotikasthira, President, Thai Airways, said: “These awards are a testament to the hard work and dedication of everyone at Thai Airways International, devoting great attention to detail in providing service to passengers and having such determination to better ourselves for improved customer satisfaction. It is a testament that we are on the right path – growing and expanding sustainably to serve every customer, whom we value greatly. I am indeed very proud of THAI to have achieved this recognition.”

Air France again celebrated success with the airline’s First Class cabin securing two top awards. For the third successive year, the Air France First Class lounge dining at Paris CDG Airport was judged to be the world’s best by customers, while onboard, their First Class comfort amenities were ranked best in the world.

Norwegian secured top prizes, winning the Best Low Cost Airline in Europe for the fourth successive year, in addition to the award for Best Long Haul Low Cost Airline for their expanding long haul operation. Norwegian’s Chief Executive, Bjørn Kjos, said: “I am honoured to accept these awards but this recognition belongs most of all to Norwegian’s hard-working staff and our loyal passengers. We believe that not only should air travel be affordable to all, but also that low-cost can still mean high quality. It is truly rewarding to see that our brand new planes, expansive route network, low fares and the great service offered by our crew have been appreciated by passengers. These awards give us huge momentum as we continue our ambitious expansion plans in Europe, the USA and beyond.”

Aegean Airlines was voted Best Regional Airline in Europe, continuing their dominance in this category winning this award for six consecutive years. Dimitris Gerogiannis, Chief Executive, said: “All of us at AEGEAN are deeply humbled by this important award, the Skytrax World Airline Award, for the sixth consecutive year. It only motivates us to do more for our valued customers. We take service extremely seriously and are proud that our effort to focus on this key area of our business has been acknowledged at Passengers Choice awards. I wish to dedicate this award to all team members of AEGEAN who have been consistently stepping up our services to attract and retain our valued customers.”

South African Airways retained its Best Airline in Africa title, continuing to be the only airline to hold this title in the 14-year history of the awards. Musa Zwane, Acting Chief Executive, said: “We are very pleased to have won the Skytrax Award as Best Airline in Africa for the fourteenth consecutive year, which demonstrates that SAA can rightfully take its place as one of the leading airlines in the world, despite the challenges it faces. Awards are important in building staff morale as they instil a sense of pride from our customers and employees alike.”

Thomson Airways was named as the World’s Best Leisure Airline. The UK-based carrier continues to dominant this global award, having taken this top prize for four consecutive years.

Star Alliance was named the World’s Best Airline Alliance, and also secured the Best Airline Alliance Lounge award for the second successive year for its Los Angeles Airport facility. Mark Schwab, Chief Executive, said: “I am accepting this award on behalf of more than 430,000 employees who deliver our customer promise to more than 640 million passengers each year. Regaining this accolade shows that investing into technology that facilitates the delivery of our Alliance customer benefits is paying off and that travellers are noticing a difference. Following the recent decision of our Chief Executive Board, we will invest further in modern systems and so continuously improve the Alliance travel experience.”