Air Transat shareholders overwhelmingly voted last week in favour of the C$720 million purchase of the airline by Air Canada, which valued the carrier at C$18 per share – but Canada’s Minister of Transport, Marc Garneau, has said that the deal raises issues of public interest and will require additional scrutiny for its impact on airline competition.

Consultations will begin on 4 November and will involve the air industry and public, among others, as well as an “analysis of the economic benefits or challenges resulting from the proposed transaction”. The government has 250 days, or until 2 May 2020, to complete the assessment.

The deal between Air Canada and Transat, which operates leisure carrier Air Transat, would give Transat a 60% market share of select transatlantic routes to and from Canada.

Princess Cruises Returns to Service in the UK 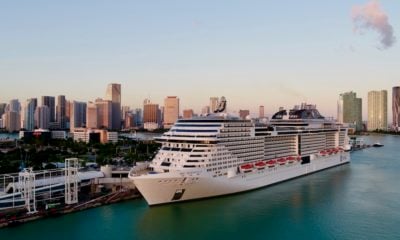 MSC Meraviglia Welcomes Guests Back on Board out of U.S.