Romanian airline Blue Air has announced that it is to launch twice weekly flights from Dublin to Cluj next summer.

Vincent Harrison, Dublin Airport Managing Director, said: “We are delighted to see Blue Air add the city of Cluj-Napoca to its route network at Dublin Airport from next summer. “Cluj is Romania’s second largest city and is located in the historical Transylvanian region. I have no doubt this new route will be an attractive location for both business and leisure passengers. We look forward to welcoming the launch of the new route next June.”

Lonely Planet recently declared Transylvania the top region in the world to visit for 2016. Dublin featured in the top three city destinations for 2016 behind Kotor, Montenegro, and Quito, Ecuador.

Dublin Airport, which is celebrating its 75th birthday this year, has flights to 167 destinations. Passenger numbers are up 15% so far this year, with almost 19.2 million travelling in the nine months to the end of September. More than 2.5 million extra passengers have been welcomed at Dublin Airport in the first nine months of the year, with strong growth across all major route sectors. 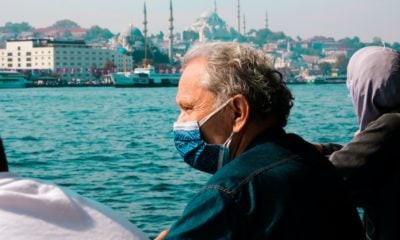