The Association of Northern Ireland Travel Agents (ANITA) will today be ‘speaking up for travel’ on the steps of Stormont as part of the UK-wide Travel Day of Action. They will be calling for a safe return of international travel and the bringing forward of a package of tailored financial support including the extension of furlough. The demonstration, which will take place at noon, has brought together industry bodies across all four nations of the United Kingdom and Northern Ireland.

Data from ABTA estimates that as many as 195,000 jobs have been lost or are at risk within the travel industry, while IATA research indicates that hundreds of thousands of aviation jobs are currently supported by the furlough scheme.

Over 100 people are expected to join in the demonstration at Stormont. Up to 800 people will attend an organised lobby outside Parliament in London and 200 are expected at an event in Holyrood in Edinburgh. As part of the day of action, there will be a Twitterstorm at 2pm today and all its supporters have been encouraged to tweet the following message at that time:

Let’s build on the great progress of the vaccination rollout and safely open up travel this summer @borisjohnson. Jobs and livelihoods depend on it. People are desperate to see friends/family overseas, make business connections & have a break #speakupfortravel #traveldayofaction

We at ITTN want to extend our full support to everyone involved and stand with the entire industry in its demands. Congratulations to the ITTN Photographer of the Year The Big Travel Trade Event is Back Sail in Style to France With Irish Ferries 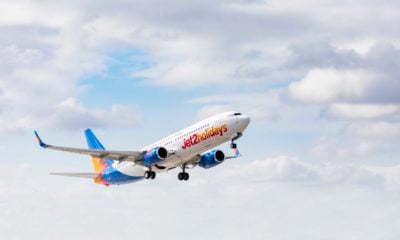