In the superb surroundings of Carton House golf course, the travel agents from Team North came to play against  Team South in what has become a favourite on the travel trade golf calendar. The final result was a draw, with both teams ending up with 3.5 points, so the holders, Team North, retain the trophy for the coming year. With three holes to play the South team were leading by 3.5 points to 1.5 points,however the North Team put in a last effort to bring the final score to all square at 3.5 points to each team,thereby retaining  the trophy for the coming year. The nearest pin for the front nine was won by John Spollen. The lucky winner of two tickets from Ireland to US with United Airlines was won by Terry Murphy Jnr. from Terra Travel. 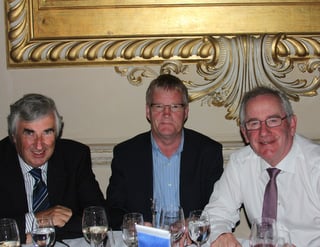