It is no surprise that Valencia is the World Capital of Design for 2022, everywhere you look your eye is drawn by something smart and stylish. Consider the street lamp posts, not just any old lamp posts but ones that are beautifully designed and ooze style.

Spain’s third city has the advantage of beaches in town, a reputation for excellent food; it is the rice growing region of the country and of course, that name for design. The way the city rearranged itself after a series of floods in the 1950s is the key to its development and success.

Following huge public discontent of plans to turn the diversion of the Turia River into a motorway, instead it became a seven-kilometre green lung of the city. It is home to the futuristic City of Arts and Sciences and is a beautiful sunken park.

Designed by architects Santiago Calatrava and Felix Candela, the project began the first stages of construction in July 1996, and was inaugurated on 16 April 1998 with the opening of L’Hemisfèric.

Valencia has lovely beaches in the city and they are easily accessible. You will find the temperatures a bit lower by the sea and have fun people watching. Umbrellas and loungers are available. The Paseo de Maritimo has a wide range of restaurants, gelaterias and bars to explore.

Valencia likes to remind people that the city hosted the Americas Cup for sailing in 2007, and the development of the stylish port area is a memory of that time. Look down and you will see the manhole covers are engraved with Americas Cup logo. The opportunity to host such a big event has left a fantastic port area in the city for everyone to enjoy.

Dine at La Maritima in the port and you will not be disappointed. This restaurant has high ceilings, a wall of glass and polished floors a ship’s captain would be proud of. We tried the Valencia paella, which is a more soupy, meaty version of the original, and it was delicious. Being so close to the sea, La Maritima specialises in fish and seafood too.

If you are a fan of house music, then the Barandilla or Balcony in the port area is where you find some great bars to hang out. The beat goes on from early until late. For a more sophisticated pre-dinner drink, a trip to the Only You five-star hotel is a must. Watch the talented mixologists make the famous orange flavoured Valencian Spritz, it’s a show in itself.

Having dinner in a Michelin-starred restaurant is a major treat and one that is more reasonable in Valencia. El Lienzo is under the command of chef Maria Jose Martinez, and she is also a beekeeper, so there are hints of honey in the menu.

The white interior is a canvas for the cuisine and it is a place to take your time over the delicious food. The daily menu begins at €55 and evening menus, of 10 courses from €75 and 15 courses from €95. As with any Michelin restaurant the service is perfect, and in El Lienzo, expect a visit from Maria Jose who loves to chat with guests about her food.

The four-star Dimar Hotel on the Gran Via del Marques del Turia is a great location in the city. This modern hotel is quiet, comfortable, and the rooms had a big dash of style. The heart-shaped lollies in a jar at reception were a nice touch.

Valencia is a city with more than 1.6m population. We condensed our exploration of Valencia to a walk around the market area in the city. The Mercado Colon is now a collection of gastronomic restaurants. The building has been beautifully restored and if you look closely, you will see images and sculptures of bats. Not just here but in all sorts of places and on the football strip of Valencia FC. Bats are the symbol of the city of Valencia.

The story goes that the bat became a symbol of the city around the 13th century when James 1 of Aragon led the Christians to victory over the Moors and thought a bat landing on his flag brought him victory. Bats are also vital to the city as they feed on mosquitoes from the nearby swampy Albufera Lake.

Another sight not to miss in Valencia is the huge Ficus trees. The largest Moreton Bay Ficus Morphylla is believed to be more than 160 years old and 20m around the base, and still growing. Valencia is also famous for its street art and you will come across some quirky wall art around every corner.

A short visit to Valencia has left me with a hunger to return and luckily there are regular flights from Dublin and now Cork with Ryanair.com. 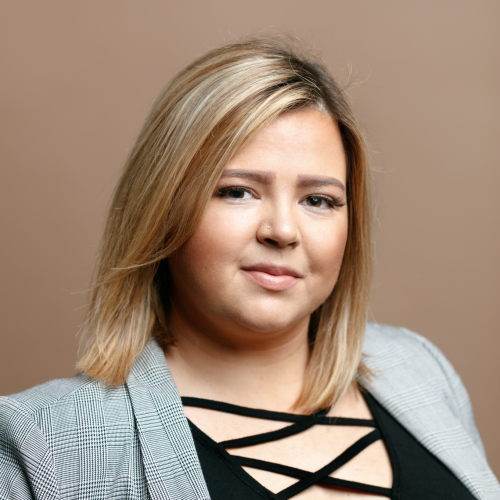 Allie Sheehan
I have worked in the travel industry for seven years, from working in American Holidays and The Travel Corporation I have a wealth of knowledge of all aspects of travel. Before joining ITTN I worked for Facebook which gave me the inside knowledge of the wonderful world of social media. I have a BSc in Event Management and am also a qualified beauty therapist (which definitely comes in handy in this business). Recently I joined the AWTE Ireland committee and I am enjoying working with and connecting with the network of women in travel.
Previous article
Ireland to Australia in Less than 24 Hours: Emirates Resumes Brisbane Service
Next article
Brittany Ferries Strengthens Commitment to Ireland and Rosslare